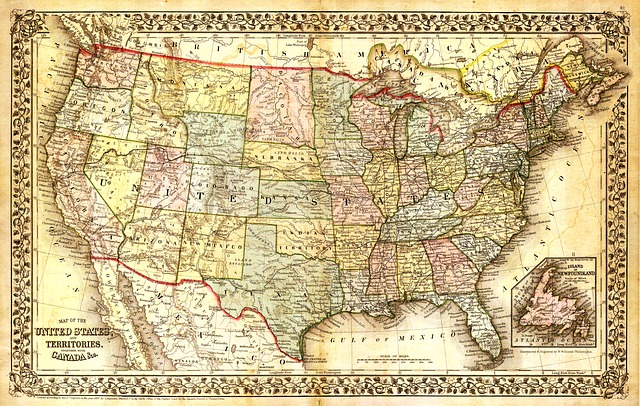 Most preppers have a bug out plan in place for when SHTF. And they think that is is enough to survive after the big one hits.

However, I have some bad news for those preppers – if they don’t live in a really good bug out state, it won’t matter how awesome their bug out plan is.

That’s because some states are awful to live in for an extended period of time once an emergency hits; and, since few things are in our control once a crisis hits anyway, it’s crucial that you plan accordingly and control the things you can in order to survive.

Note: Even if you live in a great bug out state, you can still get it wrong…and suffer for it. Read our blog for great tips on how to have a successful bug out.

My job is to help you survive and thrive no matter what sort of catastrophe hits. That’s why I need you to make sure you know where you’re living when it comes to…

The Best & Worst Bug Out States

THE BEST BUG OUT STATES:

Colorado is by far one of the best states to bug out in; after all, they have the Rocky Mountains, which provide lots of water and wildlife to keep you sustained. Plus, it’s an awesome place to set up your bug out shelter, seeing as there’s tons of trees to help shelter you from the elements (and help shelter you from intruders).

Colorado also has, on average, about 300 days of sunlight per year, making it much more pleasant a place to live in than states with a lot of cloud cover and stormy weather throughout the fall and winter months.

This amount of sun also helps their winters become more mild than others’, since the sun melts the snow much faster than in states with lots of cloud coverage.

Now I know this one is going to surprise most of you; however, Alaska really is one of the best states you can bug out in. People have been living off the land here for hundreds of years; their wildlife is extremely plentiful. and there’s lots of fresh water to take advantage of (and who can beat the northern lights, right?).

Best yet, there’s a very low rate of natural disasters that occur in Alaska, and there aren’t any nuclear power plants to worry about if a crisis occurs.

Now true, it’s not the perfect spot for preppers that can’t stand the cold, and much of your spring/summer months are stocking up on preps to prepare for winter. However, despite this, one thing remains to be true: the beauty and wildlife of this state is unmatched.

Reports have shown that Ohio contains the largest population of Amish people in the entire country; this is crucial proof that it’s an excellent bug out state, seeing as these people have successfully lived off the land for centuries.

Not only could you potentially get on these people’s good side and get some helpful tips on self-sustained living, but you could also possibly trade with them for some valuable supplies in a crisis.

Better yet, this state has excellent water and farming, and is ranked as one of the least likely states to be obliterated by a natural disaster.

This state contains a LOT of people with an anti-government, rebellious attitude – making it a perfect spot to bug out in when SHTF. Although living expenses are high in the city, you’ll find that they’re much lower the further away you get.

Oregon also has great farmland, water and natural resources to help you survive in a crisis. The only downside is the rain – but, despite popular belief, it’s far lighter than what Seattle gets!

THE WORST BUG OUT STATES:

Florida is by far one of the worst states to bug out in; not only does this state have an extremely high population (for some reason people are constantly drawn to it like a magnet), but it also has a large amount of hurricanes and tornadoes every year. Water pollution and air pollution are also concerns here, as well as high crime rates.

However, despite all these shortcomings, this prepper is bound and determined to convince you that Florida is, in fact, one of the best bug out states ever (I’ll let you be the judge):

Although Texas may seem like a great bug out state, it’s actually been sentenced to the bottom half of this list due to a few factors. For one, Texas has ungodly hot, humid temperatures that would make it very difficult for preppers who are not used to the climate.

Second, the sheer size of this state makes it difficult to travel through, especially without a vehicle.

Third (and most importantly), due to the recent border control issues down there, this could pose a huge threat to bugging out depending on the scenario.

Part of bugging out is being able to duck, cover and hide from potential threats, looters, marauders, law enforcement, etc. However, this incredibly flat, open state makes it very difficult to survive from land and air attacks.

Second, Wyoming is infamous for its wind, making it very difficult to maintain a bug out shelter or outdoor gardening space – especially in the freezing cold.

This state’s tiny size makes for an enormous disadvantage when it comes to bugging out. Not only does it contain a very high population (making it seem even more so with the lack of space) and high cost of living, but it also has extremely limited space to hide in case of an SHTF situation occurs.

Rhode Island also has very heavy traffic and high taxes, making it difficult to afford and difficult to be patient with in a crisis.

Well, there you have it – the best and the worst bug out states out there. However, whether you live in Colorado, Florida, or any other state you’re going to need to have the right bug out gear to at least give yourself a chance at survival.

Luckily, our survival store is chock full of awesome survival equipment that’ll help you survive in any type of crisis!

Here’s just a small selection of survival gear that you’ll be lucky to have after SHTF and you’re bugging out: