Rural vs. Urban Prepping: Which Is Better When SHTF? 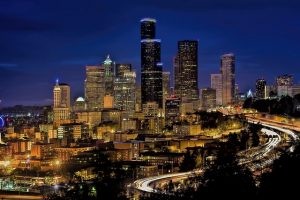 Though this topic might seem random, you’re about to understand why this is incredibly pertinent information that you need to know right now.

These past few weeks have been some of the most stressful, shocking, and tense in our nation. From shootings, to Black Lives Matter, to policemen being murdered, the nation is in a frenzy, taking sides, and rapidly spinning out of control into a state of mass panic and outrage.

When you’re in a conversation with someone about a recent shooting, and you/they have to ask, “Which one?” you know our nation is in trouble. Big-time trouble.

We’re in enough trouble that cops, in lieu of the recent shootings, have been telling citizens to begin purchasing food, water, and tools to defend themselves. And if cops are spreading that word, that shows me that these events are no joking matter, and should not be taken lightly.

As such, I’ve started contemplating different environments for survival, and which would be more effective for the long haul if SHTF. I mean, most of these shootings are happening in urban areas) would it be safer to move out to the country instead? And if SHTF and all hell break loose, which of these two locations would be better off in the end?

1) Rural Prepping: The Pros and Cons

However, on the other hand, it’s likely that laws will become nonexistent first in remote areas before it gets to that level in the city. Therefore, rural preppers may have more danger and uncertainty to deal with than they recognize.

In a rural area, you’re also likely to be able to depend on a wide selection of resources that an urbanite wouldn’t. Trees, rivers, lakes, and wildlife will be more plentiful to people out in the country than they will to those in the city.

One thing to consider with this is that preppers who live off-grid are often much more adept at survival skills like fishing, hunting, canning, fire starting, farming, growing a survival garden, etc. than those who’ve grown up in the city. These skills will be a huge asset to them in a crisis.

Another factor is, when you’re off-grid, you’re more likely to go unseen by the masses than those in a big city, which is a huge plus. Not that rural preppers shouldn’t prepare ahead of time and be able to defend themselves (they very much should), but less people = less problems in most scenarios.

However, the open space provided to rural preppers could actually be considered a con in terms of places to hide. For example, if an attacker is chasing them, they’re out in the open) there’s less shelter to hide behind and duck under in the middle of nowhere than there would be in a big city. Something to consider.

Because the rural prepper is off on their own, it’s also very important that they know which people around them they can trust; after all, just because there are less people off-grid doesn’t mean they’re any more trustworthy.

2) Urban Prepping: The Pros and Cons

First off, a HUGE pro to living in the city is that urbanites have access to constant communication about what’s going on in/near the metropolitan area. This news travels way faster to those in local neighborhoods vs. those off-grid.

Because of this, urban peppers will be more “in the know” about current events than people living in rural settings. This gives them the advantage to react quickly to events and increases their odds of survival.

Another advantage urbanites have is there are many more places to hide, duck under, and cover with than there are oftentimes in open rural communities. This may prove to be a huge asset if an urban prepper is attempting to escape an attacker.

Urbanites also need to understand that, when SHTF, they will have to depend on their saved up resources (food, water, etc.) much more than rural preppers will. This is because urbanites often depend on grocery stores (which will likely be wiped clean in a crisis), and those in rural areas still often have access to lakes and rivers with fish, as well as trees for lumber and game for hunting. As such, it is crucial that the urbanite prepper has stocked up with LOTS of preps to survive when SHTF.

Another disadvantage to living in a metropolitan area when SHTF is the number of people you have to deal with. Not only will the urbanites have fierce competition for groceries and other goods, but now there are tons more opportunities for gangs to band together to take over the resources of the weak.

Also, with that many people, there’s a huge opportunity for people to get into your house/apartment/condo to steal your stuff. More people = more threats, meaning you’ll need to be on guard at all times and be able to defend your property.

Finally, urbanites have the huge disadvantage of numbers) there’s a significantly increased risk of sicknesses and diseases than with rural preppers. This is especially the case if the water stops running (toilets back up and therefore people are forced to dispose of their waste elsewhere).

Here’s a video of Canadian Prepper, sharing his thoughts on the matter:

Whether you’re an urban or rural prepper, the fact is (unless you have an awesome, fully stocked bug-out shelter) you’re going to have to work with what you’ve got. This entails preparing extra well ahead of time (meaning NOW) in order to get ready for the crises that are on their way.

For example, both types of preppers still need to heavily stock up on food preps (yes, even rural ones). Why? Because when SHTF, everybody will know it) and therefore everyone will go after the big game. After a short while, you’ll be lucky if you spot a squirrel or bird that’s still alive) and even then, its days are numbered.

For food preps, I suggest the following survival foods. Each one is highly rated in reviews, delicious, easy to cook, and is super long-lasting. Plus, I’ve included both freeze-dried AND canned varieties for your convenience.

Here are some cool survival tools to help you stay alive.

The fact is, whether you’re an urban prepper or a rural prepper, you’ll ultimately have to depend on your preps in order to survive. From food and water to survival tools and weaponry, you need to be ready to go when SHTF.

But the other thing you need (that most people never, ever tell you) is an ally. It’s been proven that people survive for longer in groups (2 people or larger). When you know these trusted people have your back, you can help each other survive and keep going.

Everybody needs somebody) whether it be a significant other, a family member, a neighbor, or a friend. And for that reason, I suggest you show this person some goodwill, and get them a Survival Frog gift card.

You can help your partner/buddy/family member get prepared for the upcoming crisis with some of our famous survival gear; and, if you’re a believer in karma, you know this is gonna come back to you in a really good way.